Effective treatment for the traditional or modern family 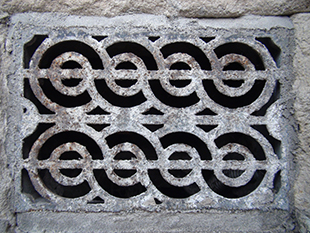 What is dual-focus family therapy?

Over a 10 year period (1990 – 2000), Henry Luiker and his colleagues at the Royal North Shore Hospital and the University of Sydney conducted research into the intensive psychological treatment of children and adolescents. The purpose of this Commonwealth-funded research program was to answer the question: what factors determine whether the treatment is successful or unsuccessful?

In other words, family-based treatment is more effective when attention is given to (a) helping parents respond to having their “emotional buttons” pushed, as well as (b) understanding and managing the child’s behaviour which is pushing the buttons in the first place.

The effective ingredient of a “dual-focus” treatment approach lies in the removal of impediments to the parent making a better connection with their child’s emotional needs. This work allows the child’s (and sometimes the parents’) emotional development to become “unstuck” and proceed.

Can you give us some examples?

The first case illustrates a successful dual-focus intervention; the second case, taken from the research study, illustrates what can happen when there is a strong “child” focus but insufficient “parent” focus.

Illustration One: The parents are surprised to learn that their well-behaved and high-achieving son has been identified as showing “behaviour problems” at school. Over the course of several individual sessions, it emerged that he feels socially inept and is miserable at his new school. The child readily agrees to the psychologist communicating this to his parents.

The parents are surprised – and mortified! – to learn of their son’s secret misery. In a parents-only session, they begin to examine how it ever got to the stage that their son felt he could not express his concerns. The busy father starts to examine his general impatience with “weakness” and “problems” in the family.

Following this insight, the discussion of their children’s anxieties and worries finds a place in family life, as father makes a special effort to not impatiently brush them aside.

At the next parent and teacher meeting, “behaviour problems” do not emerge as an issue.

Illustration Two1: The boy has been expelled from two primary schools, each time for “bullying”. Family sessions reveal that terrorising his new school mates is the way this boy deals with his anxiety about making friends, and the belief that no one likes him. He doesn’t need to feel anxious if every one else around him is fearful. He doesn’t need to be concerned about being liked if he puts himself in charge of not being liked.

The therapists are very happy when they learn that, rather than acting-out, the boy is speaking to his father about his anxieties starting at (yet another) school.

Father, however, states that he is unhappy with this development and preferred his son’s previous aggressive stance. Father is not interested in examining his own emotional response to his son’s social dilemma, or examining his preference for being feared rather than liked in his own workplace.

With what sort of families and problems is dual-focus family therapy effective?

The recent work by Dr Luiker indicates that it is an effective treatment for both the traditional and the modern family.

The only requirement is a parent interested in finding a better response to having their “emotional buttons” pushed.

Robin Skynner & John Cleese (1983) Families and How to Survive Them. London, Methuen.